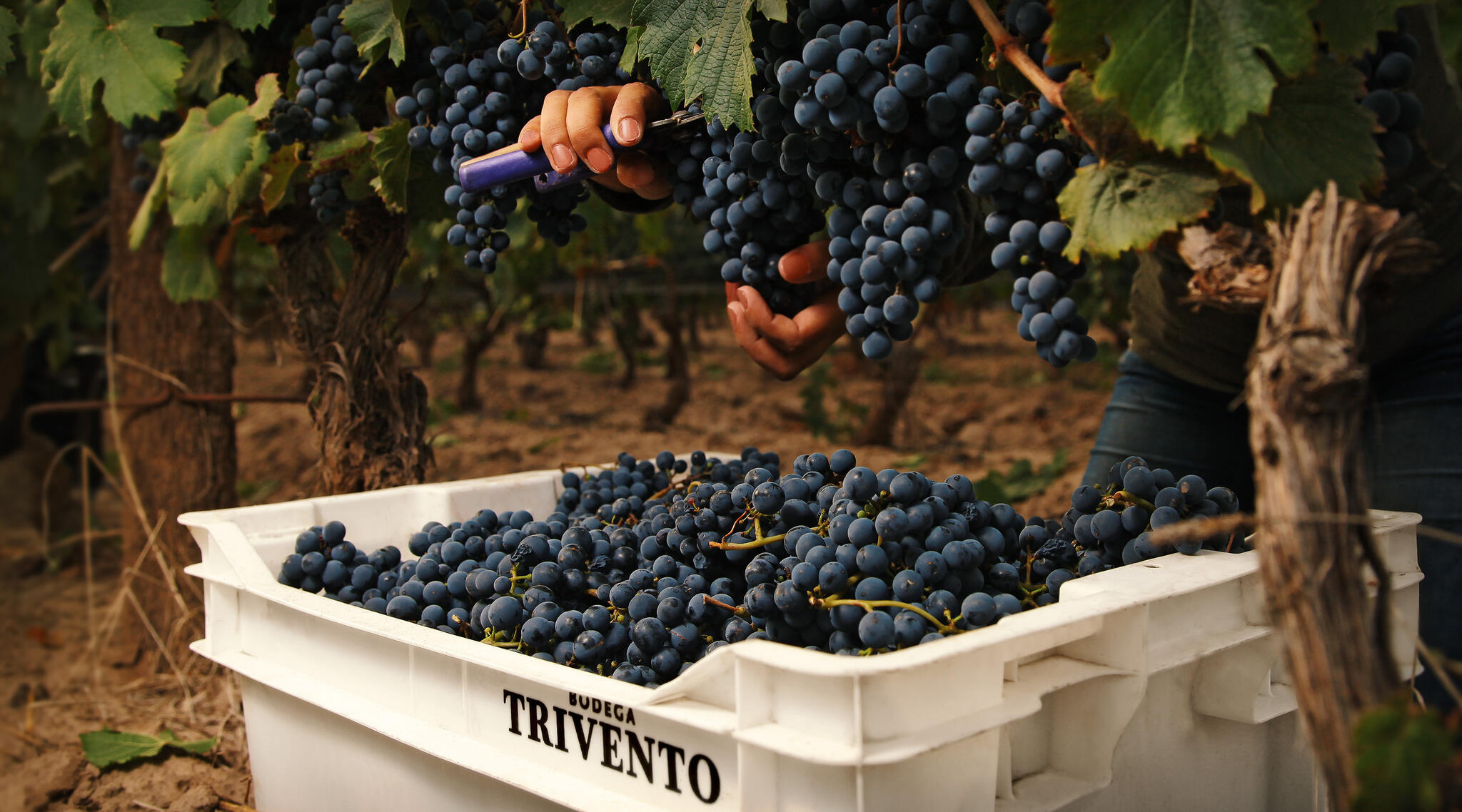 The 2016-2017 growing season was typical, the rainfall was 228 mm accumulated. The average annual temperature was 14.2° C , a little bit higher than the year before (below the historical average 16.3° C). The veraison developed similar to the previous year.

The winter developed with minimum temperatures that were 2° C higher than the previous year. The differences in temperatures between June and July of 2016 and 2017 were the same, but in August there was no difference. That means that since June to August the climate was particularly warmer. The season rainfall was 22mm.

Spring was cool and humid, the average temperature was 14.2° C, almost 3° C lower than expected. The rainfall was 92mm and the sprouting began the second week
of October.

In the summer, the maximum temperatures reached were around 34 °C. The climate during this season was hot during December and fresher in March. The season
rainfall was 115 mm, according to the expectations.

Finally, the cycle concluded with a dry and fresh autumn, preserving the health of the vineyard during the harvest that took place in 6 stages.

The best kept treasure from Mendoza, Argentina. Trivento Golden Reserve safeguards the cultural legacy of European immigrants arrived to Mendoza in the mid19th century. They brought along their cultures, customs and grapevines. Many of the first winegrowers settled in Luján de Cuyo, establishing it as the world-renowned heartland for excellent Malbec. With four vineyards in Luján de Cuyo - Vistalba, Las Compuertas, Agrelo and Perdriel - Trivento Golden Reserve rescues this winegrowing legacy passed down from generation to generation.

Three winds leave their mark in Trivento. Guided by the capricious god of wind EOLO, the Polar, Zonda and Sudestada winds bestow exceptional qualities for winegrowing on the Mendoza terroir. Trivento works to ensure their vineyards grow with the rhythm of nature, and flourish into ripeness.

At a privileged vantage in Luján de Cuyo at 983 meters altitude, this vineyard perches 10 meters above the northern bank of the Mendoza River.  The soil is a loamy sand with horizontal bands of clay. Due to the alluvial formation, gravel begins to appear surpassing depths of 90 cm. The rocks vary in diameter and are found in uneven layers. Four hectares planted in 1912 with double guyot vine training are the origin of the Malbec grapes in this wine. Irrigation is based upon an age-old technique of flooding dykes and ditches with water from the Mendoza River.  The maturity of the vines produce a reduced per-hectare yield.