The name Bueyes comes from an old story told to me by my grandfather:

"In the early 20th century, my father immigrated from Italy to Argentina. He was in a humble position and began working as a laborer on a farm in the town of La Consulta. At that time there were no agricultural machinery like tractors, so the land was worked by castrated bulls called oxen (Bueyes). These large, strong animals were gentle and docile, perfect for plowing.

My father had worked with the bulls in Italy (as did his father), so when he arrived in Mendoza he got his first job as a manager of oxen. Over the years, with hard work and sacrifice, he was able to buy a small property at the foot of the Andes, surrounded by small melt-water streams. Since then, with my father working at his side, he began to raise his own vineyards on his own land."

When choosing a name for my dream, I remembered this story, and in honor of those who worked day and night to cultivate the vineyards that give birth to my wines, I decided to give tribute to these animals, who were the first ones to work this land.

Because of this, "Bueyes" is more than a name for me – it represents that past effort and sacrifice of past generations, which I remember and admire with price. And I'm sure that from the heavens, my great-grandfather, grandfather and father are very happy to be part of my dream, Bueyes. 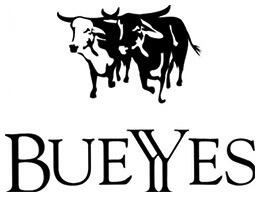