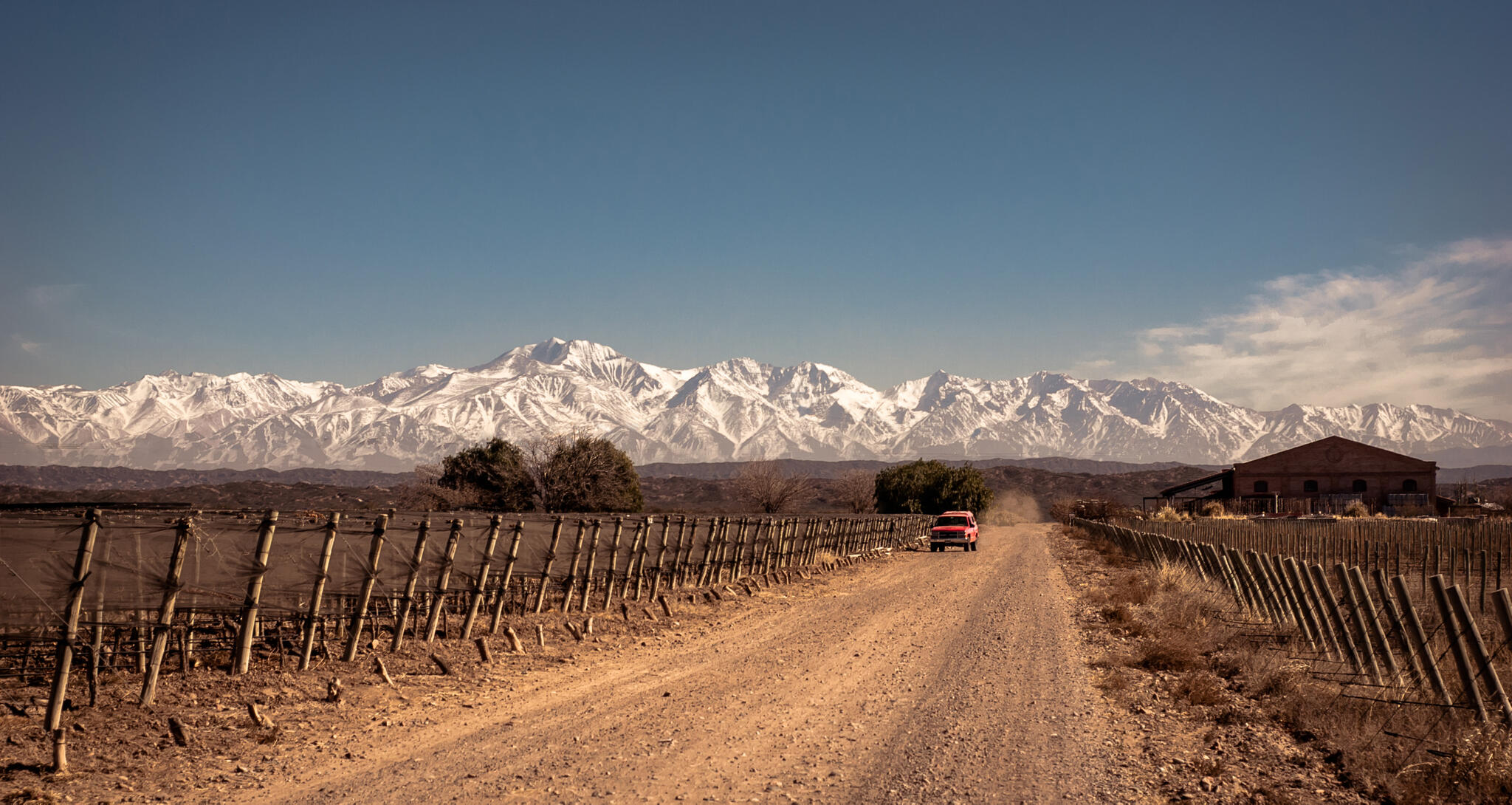 In 1995 Alberto Antonini, a well-known Tuscan winemaker, and Antonio Morescalchi, a young entrepreneur, took a trip to visit the burgeoning wine areas of South America. It only took one stop to find what they were looking for. They were immediately impressed by the vineyards thriving in the high altitude and dry climate of Mendoza and were captivated by the whispered traditions and blend of cultures.

They returned to Tuscany powerfully impressed not only by the region but also by the unexplored potential of Malbec, a grape that had a strong local tradition but was largely ignored and misunderstood. While the rest of the wine world saw Mendoza struggling to shed its bulk wine image, the two young Italians saw Mendoza as a place where traditional viticultural values and unblemished land could be reinvigorated with a modern winemaking approach and international experience. Instead of planting Cabernet Sauvignon and Merlot, as many others were doing during the 1990s, the team decided to invest their confidence in Malbec. Today, Malbec is the varietal for which Argentina is best known.

Against all odds, they cemented their vision to become Terroir Specialists. Shortly after, two friends and business partners, also enthused by the idea, joined the venture: Attilio Pagli, a renowned Tuscan winemaker with two 100 point-scoring wines in his personal record, and Pedro Parra, one of five people in the world to hold a Terroir Ph.D., planting new varieties, developing previously unknown vineyard sites and contributing greatly to the qualitative change of Argentine viticulture early on.

Our continuous search for the expression of Mendoza’s true identity in our wines has led us to elaborate, for the first time, a blend of three grapes: Malbec, Bonarda and Semillon. These three varieties are recognized by the Argentine wine community for their long history in the region and we believe they are now authentic Mendoza grapes.

Coming from a careful selection of grapes from the oldest geological part of the Uco Valley, this Malbec is all about freshness from the altitude of the Andes. This mountain region is an amazing Terroir; early harvest and an appropriate soil unit selection are crucial to make it shine.

Made with selected grapes from vineyards located in the highlands of the Uco Valley; the vines are rooted in limestone soils that grant this Malbec its mineral notes. A wine that you will better enjoy if you give it a moment of attention: deep and bright, powerful and delicate.

This Malbec comes from an organic vineyard with limestone soils, seeking to show a different expression of the traditional Lujan de Cuyo area as well as preserving the typical characteristics of the wines coming from this wine region.

This Paraje Altamira Malbec shows the tension and subtlety that only great wines coming from this appellation can achieve. It is a wine where patience is rewarded by the different nuances that are displayed in the glass.

Altos Las Hormigas’ first white wine is a fresh blend of Semillon and Chenin Blanc, two traditional varieties from Mendoza’s Terroir. The elaboration process is inspired by old traditions, using stems and fermentation with skins, while aiming to achieve a clean and pure wine.