Altitude and latitude are key in Argentina, and due to diversity in both we find more than just the deeply coloured and tannic Malbec, though it is still king of the mountain for good reason.

Why is Malbec Argentina’s signature variety?

Malbec is originally from Bordeaux, but it needs heat and sunshine to fully ripen, of which there is more in Argentina, so it thrives here. What’s really neat is how the flavors can vary depending on the altitude at which it is grown. Let’s speak to Dr. Laura Catena, Vintner and Owner of Luca Wines about why Malbec works so well in Argentina. 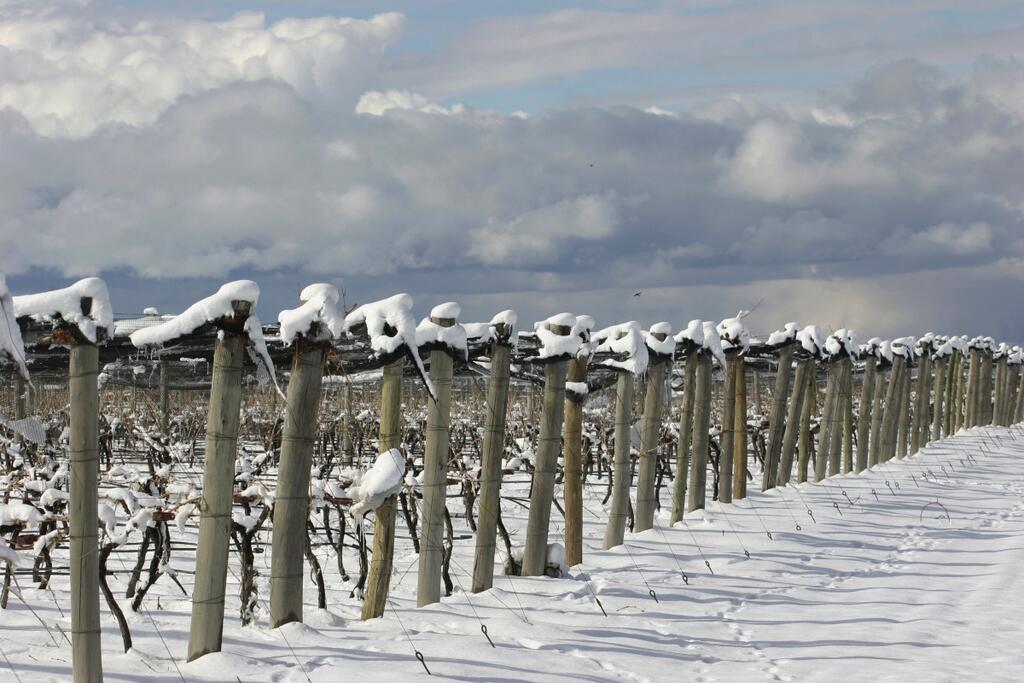 The answer comes down to history, soil, climate, and quite a bit of luck. Malbec came from France in the 1850’s, but it almost disappeared there after phylloxera, but in Argentina the variety found its perfect soil and climate combination.

The best Malbec in Mendoza comes from cool climates with lots of sunlight, and that is what we have in the high altitude vineyards 3,000 - 5,000 feet elevation. These high altitude Malbecs are able to ripen slowly, retain acidity and floral aromatics, and reach moderate alcohol levels.

Additionally, intense sunlight causes the vine to thicken its grape skins in an effort to protect the seeds from the sun, and giving more flavor and texture to the wine. Malbec is particularly well suited to the well drained alluvial, stony and calcium-carbonate rich soils of many parts of the Uco Valley, because of its deep and broad root systems. Pinot Noir and Chardonnay need grafting in stony sites because they tend to have more shallow root systems. This is why 90% of Mendoza’s Malbec vineyards are ungrafted. These deep roots allow our vines to stay productive and healthy despite being 50-100 years old. These vines are the core source of fruit for our Old Vines Malbec at Luca wines.

For winemaking, although Malbec is a Bordeaux variety, it has incredibly soft tannins and delicate aromas, so we have found that it needs to be made more like Pinot Noir with punch downs and cold fermentations, rather than the long macerations that would more typical of a grape like Cabernet Sauvignon.

The hills are alive with… Cabernet Sauvignon

It can be too warm in many parts of Argentina to make great Cabernet Sauvignon, so we look to the Andes to help. Often blended with Malbec, Cabernet is now taking a more prominent role as a single varietal wine. We asked a Cabernet expert Alejandro Vigil from Catena Zapata to tell us how to make a stellar wine from this grape.

What’s interesting about Mendoza is that both Malbec and Cabernet Sauvignon thrive in places that would be considered too cold in Europe, like in Gualtallary. In our Adrianna Vineyard, where all our Cabernet Sauvignon is ungrafted and where the climate is closer to Burgundy than to Bordeaux in terms of degree days, Cabernet Sauvignon grows beautifully. It develops subtle pyrazines and spiciness due to the cool climate, yet it is also rich and smooth with no vegetal flavors thanks to the intense sunlight (our studies show that high sunlight intensity reduces vegetal aromatics and smoothens the flavors of Cabernet Sauvignon).

Cabernet Sauvignon must be planted in the relative cool climates of the Uco Valley, such as Tupungato and Paraje Altamira, or in the cooler clay soils of Agrelo, in Lujan de Cuyo. The mix of pre-phylloxera ancient selections that we have and our ungrafted vines make our Mendoza Cabernet Sauvignon very unique in the world. And the high altitude sunlight intensity and cool climate combine to yield wines with a touch of pyrazines, great concentration, perfect balance between the natural acidity and moderate alcohol levels.

Torrontés is floral and fragrant and can be hard to grow in warm climates. Salta, only 24 degrees away from the equator, should be too hot to make great wine, but altitude, with some vineyards as high as 3000m (9900 ft) above sea level, saves the day. Let’s hear from Torrontés expert, Susana Balbo, about how this grape produces Argentina’s signature white wine.

Torrontés is a native variety of Argentina and it is the result of a cross-fertilization between a variety called ‘criolla chica’ or Listan Prieto, originally from the Canary Islands, and Muscat of Alexandria, originally from Italy.

It's an especially fragrant varietal due to its content of three specific aromas: geraniol, typical of geraniums, violets and roses; linalool, which is present in jasmines and orange blossom; and terpineol, which is the characteristic aroma of muscatel grapes.

In Salta, Cafayate is a region ranked as Winkler III, due to the great amount of sun hours throughout the year. Also, the composition of the soil, which is mainly sandy, and an altitude of 1,600 to 2,000 m.a.s.l., which compensates for its subtropical location at 24 degrees South. It's a high altitude desert climate with a wide range of temperatures. As a consequence, the Torrontés from this area develops terpene aromas with noticeable characteristics of Muscat grapes and roses.

As you move south in Argentina to Mendoza, grapevines are located at around 1,200 m.a.s.l. (3937 ft) And 33 degrees South with a Winkler II rank of sunlight exposure and with calcareous soils conditions.

The wines produced in this area show higher acidity and low PH, with linalool and herbaceous aromas, like orange peel, jasmines and lychee which are characteristic of a colder climate Torrontés.

One important factor to consider is thermal amplitude. In Cafayate, the temperature range is lower than in Mendoza: in the summer, the temperature range varies around 7° C from day to night in Cafayate, whereas in Altamira in Mendoza the difference between day and night temperatures vary from 10°C to 15°C. This variance favors the development of citric, herbaceous and white floral aromas in wines from Mendoza compared to more terpene and red flower aromas in wines from Cafayate.

We should also highlight the fact that harvest in Salta occurs earlier than in Mendoza: they start collecting Torrontés grapes in mid-January and finish by the end of February, while in Mendoza collection starts in mid-February and finishes by the end of March with an autumn climate and lower temperatures.

Torrontés is a versatile varietal which is greatly influenced by climate, altitude and the soil composition of the place where the grapes are produced.

Out of this world Patagonian Pinot Noir

Pinot Noir in Argentina? Isn’t it too warm? Instead of going up to get cool, we’re going South - down into Patagonia. In this remote region, it’s possible to find excellently crafted, Burgundian in style examples of Pinot Noir. Here’s Ricardo Galante, Chief Winemaker of Bodega del Fin del Mundo to tell us how to make premium Pinot in Patagonia. 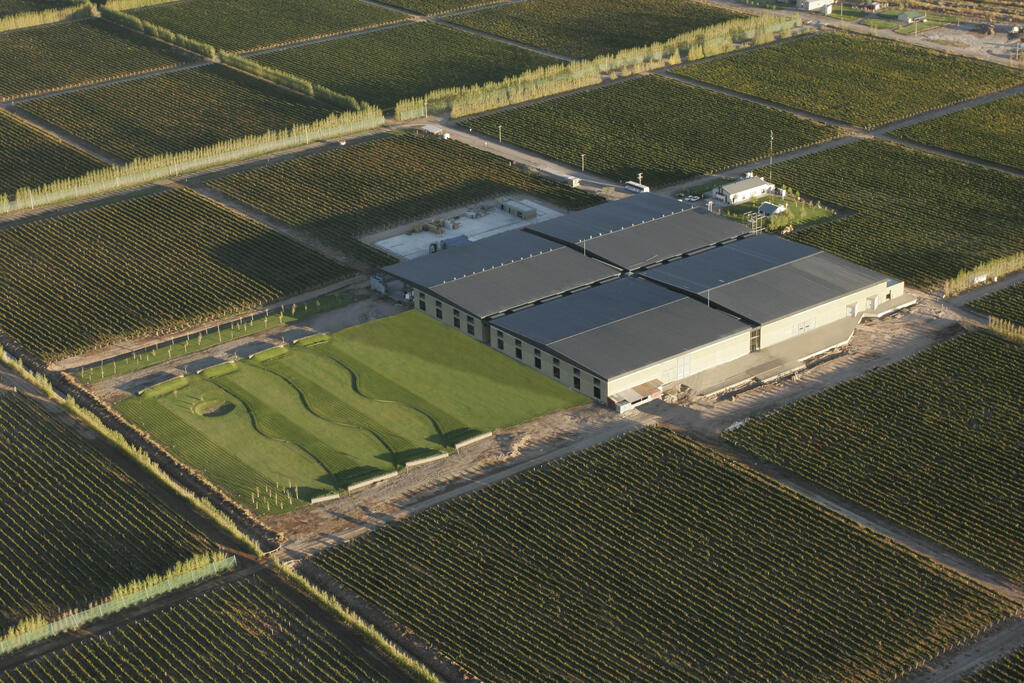 Patagonia has the ideal climate for Pinot Noir, a grape that doesn’t need a long season to fully ripen. Patagonia has a wide thermal amplitude (difference between average high and average low temperatures),which allows Pinot Noir to develop complex flavours and ripen perfectly, which is not always possible in warmer areas.

Pinot Noir is one of the most sensitive varieties to terroir. With this in mind, at Bodega del Fin del Mundo, we have to take extra care when growing this particular variety. We select soils that are composed of fresh materials, to allow for good root exploration, and we train the canopy to protect the grapes from high levels of sun exposure.

Our choices at the winery are also extremely important when working with Pinot Noir due to its delicacy. As it’s the first red grape harvested we have the opportunity to experiment and take special care, looking for the best way of respecting the nuances of the grape and the vintage. For example, we do a short and subtle maceration, only one delestage in the first third of the fermentation with a small percentage of whole cluster (10-15%) – the process is delicate in order to keep wines elegant, with soft tannins. We get great structure from this method, resulting in complex, elegant and balanced wines. For maturation we use oak from Burgundy or Jura, fine grain, second or third use 500 litre barrels. We find new oak for Pinot to be too hard on it and we seek to respect its natural expression.

Using these techniques and methods to highlight its typicity we are able to produce fresh and balanced wines with tension, red fruit flavours and earthy notes.”

Whether it’s close or far from the equator, high up in the Andes or closer to the ocean, Argentina has some amazing terroir which is expressed through what winemakers do in the vineyards and winery.

So, when looking into Argentine wineries and wines, take note of the conditions including the techniques and location, because it's the combination that makes these wines great.