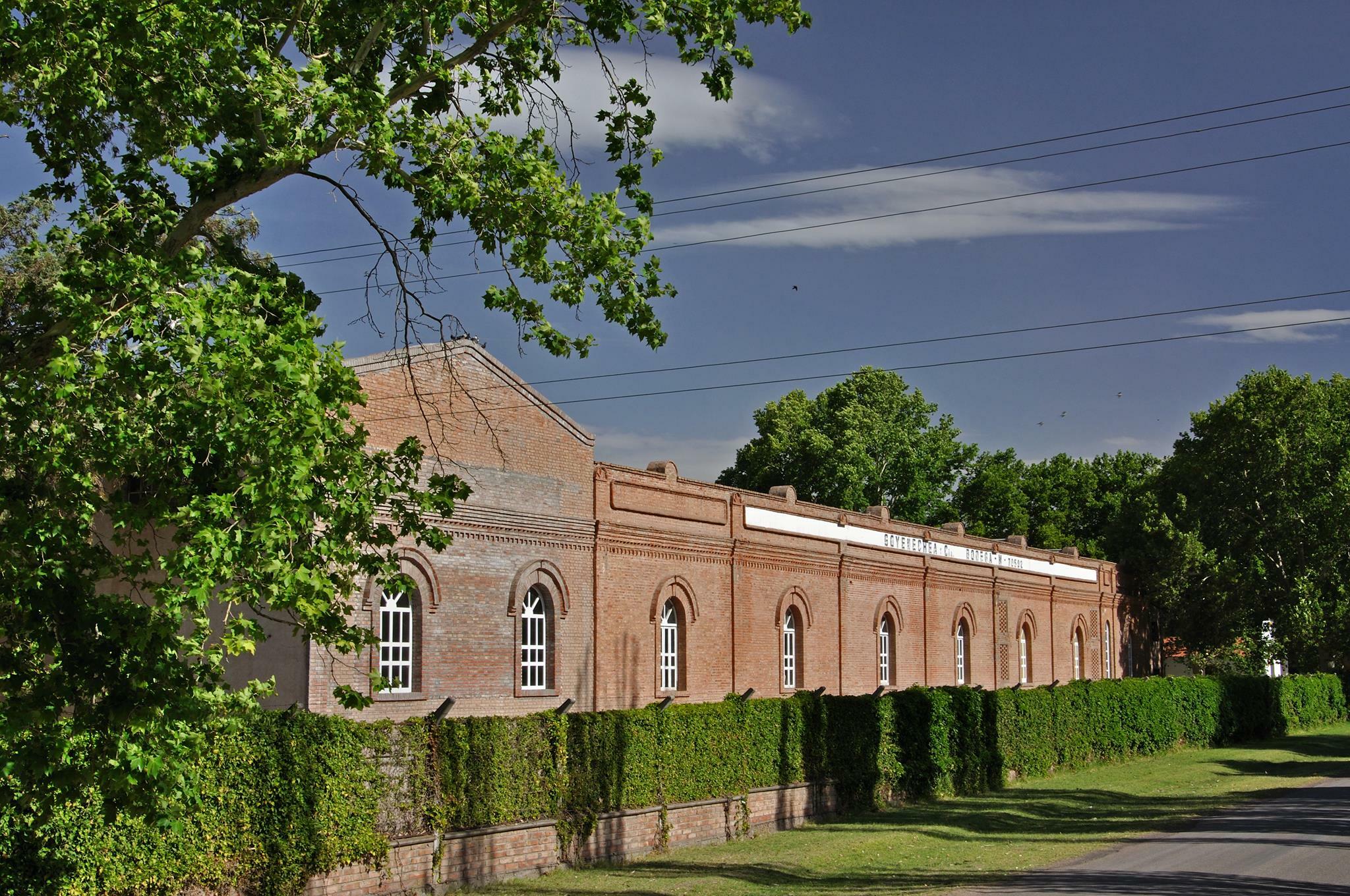 Goyenechea Winery was founded in 1868 by the brothers Santiago and Narciso Goyenechea. These Spanish immigrants commenced their business activity in Argentina by establishing wine and spirits stores in Buenos Aires. Later on they purchased an estate and winery in Villa Atuel, to the south of the Mendoza Province.
“La Vasconia”, was the name given to the estate by its founders -themselves of Basque origin- in 1908, when they first planted vertically-positioned vines of two varieties: Cabernet Sauvignon and Merlot. Most of the vines are on pergolas, a training system very much used in areas affected by late frosting. The clusters and canopy are 2 meters (6.56 feet) above the ground.
The newer vines are trained to high position, and planted in north-south rows to optimize sun exposure on their eastern and western sides and secure maximum morning and afternoon sunlight. The sixty-year-old vines on pergolas are partly covered by anti-hail mesh, while the twelve-year-old vertically-trained vines are all under hail-netting, as the risk of hailstorms is high in the area.
Managing the vineyard is essential to achieving good quality and includes winter pruning in order to balance plant load, and irrigation control aimed at attaining the optimum berry size in terms of anthocyanins and tannins.